While doing my preperation for the OSCE i found an exploit for the coolpalyer+ version 2.19.1 from 2009.
I decided to check this vulnerability in the recent software version (2.19.6) on my Windows 10 machine. The following post descripes the exploit development.

I created a small python script, which creates a .m3u file with 5000 „A“ characters.

After attaching the programm to a debugger and loading the file into the coolplayer, it crashed. The EIP and some registers are overwritten with my characters -> The vulnerability still exists. 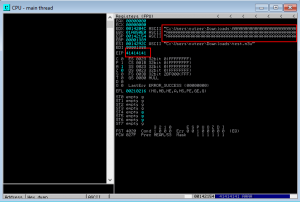 For the next step i created a pattern via

To check this result i changed my exploit script and reload the new file into the coolplayer. 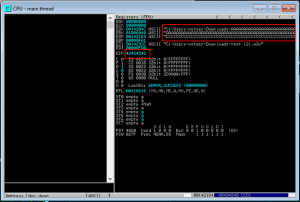 The EIP is overwritten with my „B“ in hexformat \x42.

3. Looking for jumps into my code cave

I examined the space for the registers and noticed that the ebx register would be a perfect place to jump. Using mona i found a suitable address via 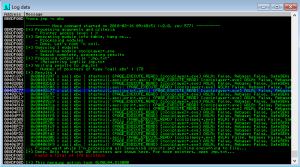 I converted the adress in reverse hex format and replaced my four „B“s with it.

Loading my new „malicious“ file and setting a breakpoint at the call ebx function leading to my capital „A“ buffer. 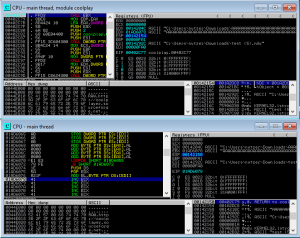 Now i checked the possible space for my shellcode in ebx. 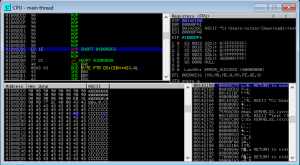 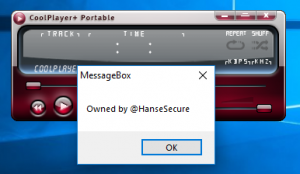 You can find the final exploit here.